Find out more about Metallica here 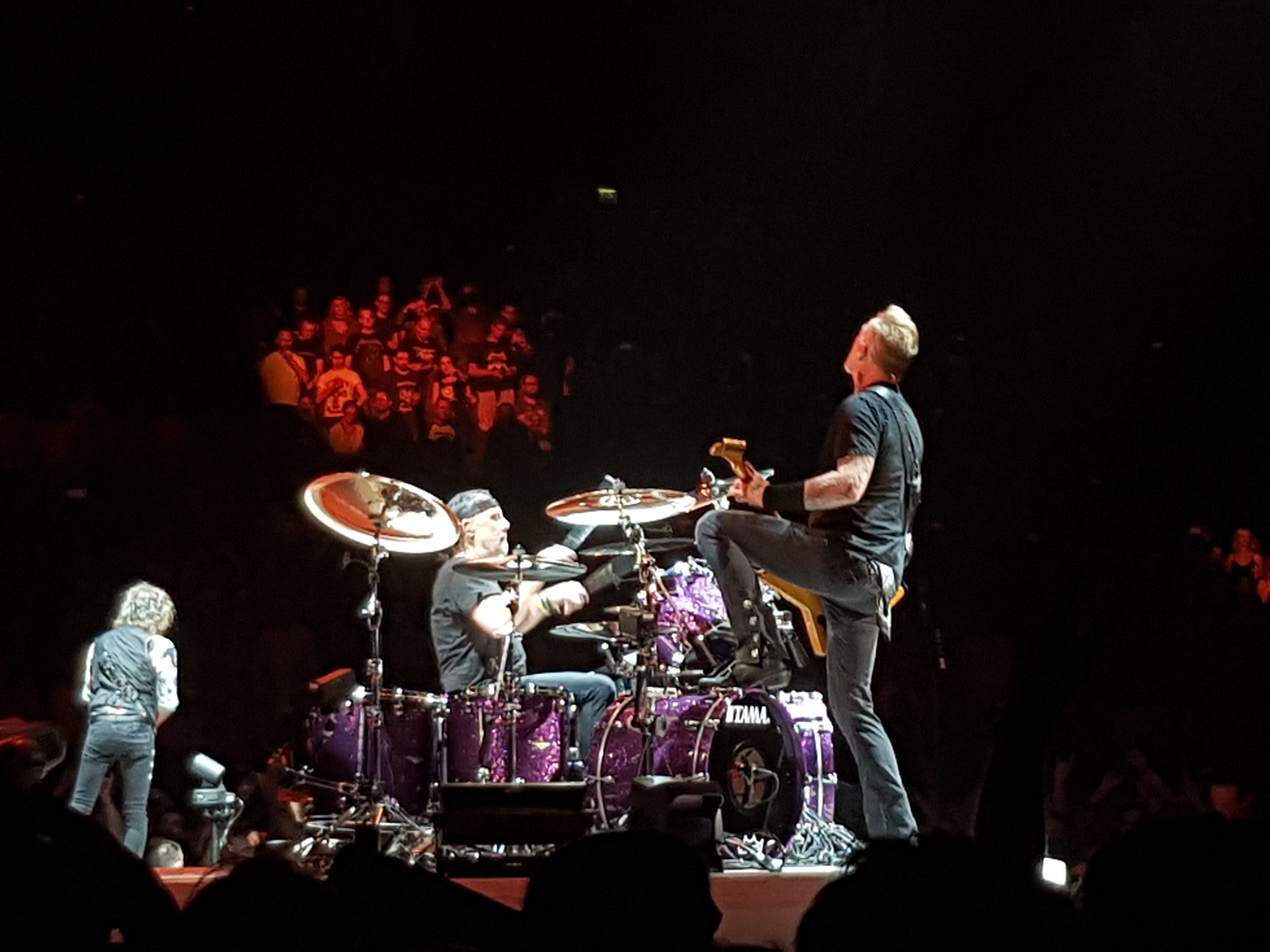 Metallica. What can we say. The UK leg of the Worldwired tour kicked off this week with two sold out nights at The O2 in London which seen them break the attendance record, twice. Whilst not being part of the 'official' bill of 10th birthday shows at the venue, Metallica's history under the tent is strong, from fan-club album launch shows to multiple dates over the years it seemed fitting that they would be the band to smash that record amidst the venue's current celebrations. The ticket queue debacle of Sunday night aside, The O2 proved once again to be the perfect setting for the new massive production Metallica are hauling with them all over the world. Whilst it might not be of the scale seen on the Death Magnetic tour, it's clear that a lot of work has been done to utilise everything they can to enhance the absolute beast that is their current live performance (although... shout out to one of the Moth Into Flame drones going wayward and landing in the crowd on Tuesday night).

With this being a tour in direct support of their latest release Hardwired... To Self Destruct, it was to be expected that the setlist across both nights leaned quite heavily towards it, but where playing the new stuff can sometimes mean a real lull in the set, that wasn't completely the case here. The opening duo of Hardwired and Atlas, Rise! packs an almighty punch, certainly garnering a stronger crowd reaction to the opening numbers from Death Magnetic which served as openers on their last arena tour. Speaking of new tracks as well, Moth Into Flame should have it's place in Metallica setlists for years to come. Tributed to Amy Winehouse on both nights, the crowd singalong throughout was deafening as it sat amongst some of the all-time classics in the latter stages of the set without even a hint of momentum dropping. Some of the other newer tracks were slightly less effective, Now That We're Dead developed in to a weird tribal drum off with all four of them getting in to formation to beat down. It was a fun aspect to the show but you can't help but be completely taken out of it when you think for a moment that Metallica were sat in their rehearsal space one day working on the choreography of it. Tuesday night attendees were also treated to the much sought after live debut of Spit Out The Bone - whilst an exciting addition it was absolutely obvious this was their first time doing it live - a bit haggard and needs some work.

Outside of the new tracks, audiences across both dates were treated to some absolute gems, from the rarely played Leper Messiah to Wherever I May Roam to Through The Never to Welcome Home (Sanitarium), with an added splash of Misfits covers in Die, Die My Darling and Last Caress - all amongst the more obvious live staples. The sound across both nights was absolutely superb, with the band sounding like a very well oiled machine at the moment. Hetfield in particular impressed across both nights, his voice sounding absolutely imperious. Alongside him in the MVP stakes, Rob Trujillo's play-through of Anesthesia (Pulling Teeth) on both nights was absolutely staggering.

Overall then Metallica prove once again why they are the absolute kings of their trade. Smashing through two massive sets at London's O2 they kicked off the UK leg of the Worldwired tour with a bang. We suspect there may be a Donington sized announcement for them in the near future, but even if there isn't, as soon as you have the opportunity to see them on this run grasp at it because they are on fire.